The Brazilian Network Information Centre – NIC.br was created to implement the decisions and projects designed by the Brazilian Internet Steering Committee – CGI.br, which is responsible for the co-ordination and integration of all Internet service initiatives in the country.

NIC.br is the executive arm of the CGI.br. Its mission involves certain rights and obligations, which include:

The entities responsible for the administration of NIC.br are:

The General Assembly is composed of the founding members, both special and honorary, and is the supreme authority with powers to deliberate, having the final say on any matters concerning NIC.br.

Representatives chosen by the General Assembly among Government members at NIC.br

Representatives elected by the General Assembly from the Civil Society

The Audit Committee is responsible for the fiscal and financial auditing of NIC.br. It is comprised of 3 incumbent members.

Periodically, the directors join the Administrative Board of NIC.br to report on the status of internal operations.

Due to its constitution, NIC.br cannot be separated from the CGI.br. Therefore, its structure is as follows: 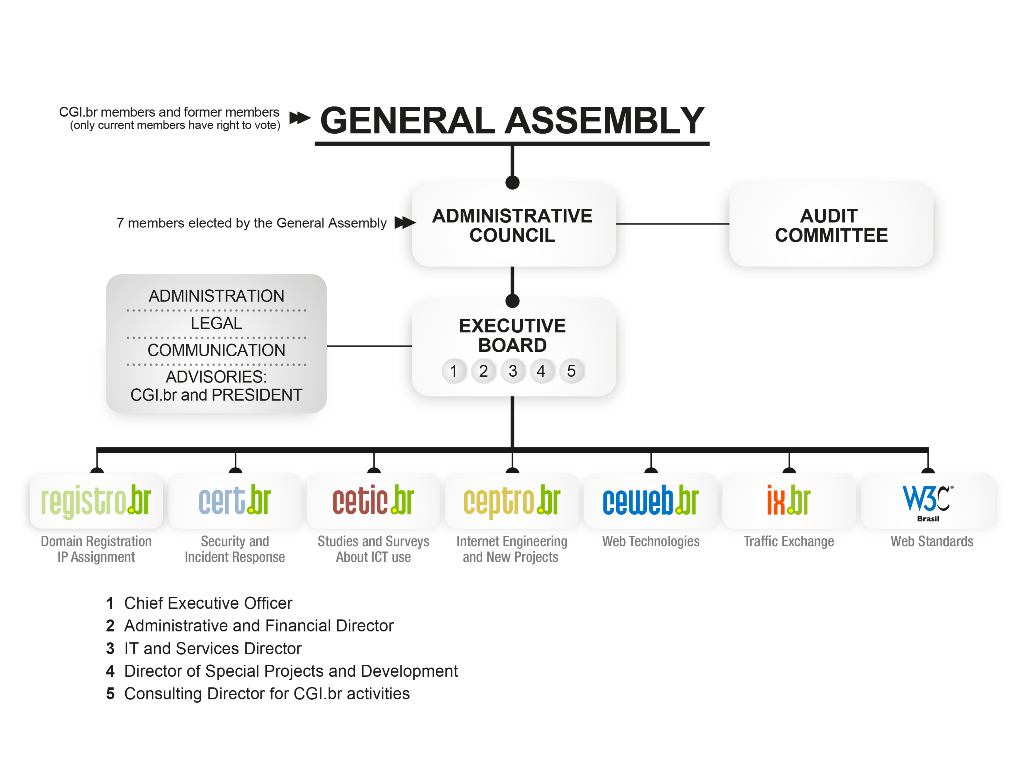 Check out the CGI.br structure.